Power your project, event, workshop, or fundraiser with Fortua.

We help you promote and crowdfund healthy, active, and eco-friendly activities and causes in your community!

Start a CampaignSee Our Campaigns


Called one of “Today’s 3 Most Inspiring Innovations” by Springwise!

Fortua is a powerful new way to organize, fund, and promote activities and causes that your friends and your community will enjoy participating in!

Here are a few of the ways you can use Fortua.


Hold a Workshop
Hold a workshop on a topic you enjoy! Pre-sell spots to your workshop and then hold your workshop for everyone who signed up!

Host a Talk
Bring someone interesting to your community to do a talk. Pre-sell tickets to the talk along with other perks (e.g. autographs) to cover the event costs and then hold the talk!

Host a Farm-to-Table Dinner
Pre-sell tickets to fund the dinner and engage volunteers and vendors to help put it on!

Fund a New Gym
Pre-sell memberships, 10 pass punch cards, and other perks to the gym to get the funding you need up front to build the gym!

Hold a Pop-up Class
Eliminate your risk and generate lots of buzz by pre-selling spots to your class to make it happen! You can even set a minimum number of sign ups required to hold the class!

Create a Community Garden
Pre-sell shares to the garden and use funds raised to purchase supplies and equipment for a vibrant garden in your community!

Fundraise for a Cause
Rally your family and friends to raise funds and awareness for an important cause!

Start an Event or Race
Pre-sell entries, secure volunteers, and engage sponsors to fund it and make it happen!

Create a Film
Fund the creation of a film or photo documentary by pre-selling access, recognition, or other perks related to your work!

Fund an Adventure
Fund your adventure or expedition by pre-selling special access, recognition, used expedition gear, memorabilia, or other perks related to your endeavor!

Pre-sell New Gear
Pre-sell new gear, tech, or apparel that you've created and get the funds you need to make it and ship it to your customers!

Protect Land
Engage your local community to purchase and protect land and create trails on it for all to enjoy!


No need for a loan. No need for a grant. No need for investors. Instead, fund your project, event, or cause by offering access and special benefits to people who want to participate in making it happen!

Explore our campaigns by selecting a category or badge below!

A campaign by Santhosh Paulus

A campaign by Santhosh Paulus 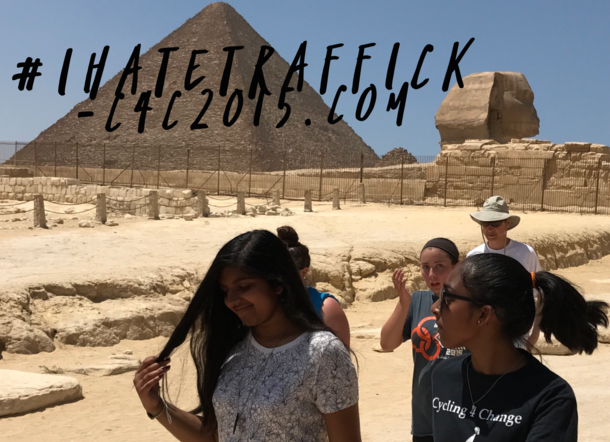 Sign up and be a virtual team member of Cycling For Change (C4C) from wherever you are in the world! And spread the word with #IHateTraffick

You can sign up and support us virtually by doing a 1.4k or 5k walk/run – or – a 5, 25, or 50-mile bike ride from wherever you are in the world on October 7th, 2017. Simply sign up, invite your friends to sign up, and organize a walk, run or ride in your local community, and you’ll help to put an end to human trafficking!

100% of the net proceeds raised from your sign up fees and any donation you collect will support programs to end human trafficking, a modern day slavery that dehumanizes an estimated 36 million people worldwide.

We appreciate your support! Spread the word with #IHateTraffick

Registration:  You can sign up for the virtual event anytime before October 7th!

Fundraising: Fundraising is optional but we encourage all participants to support our mission to respect the dignity and value of every human being and help put an end to human trafficking. Virtual participants who wish to fundraise are encouraged to raise as much money as they can. To fundraise, email this link (http://7i.no/kpFWrn) to family and friends and ask them to support your efforts! You can also post this link to Facebook, Twitter, and other social media sites to get the word out and raise funds. We greatly appreciate your support. 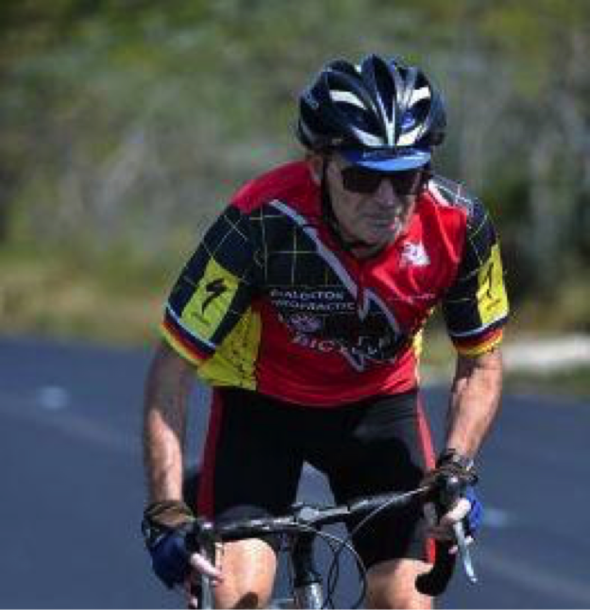 Bill Bauer, affectionately known as “Bicycle Bill” was a long-time and beloved resident of the Village of Bayville on the North Shore of Long Island, New York.

In 2014 and 2015, while we – Cycling For Change (C4C) – prepared to bicycle 3,400 miles across the United States to raise funds and awareness to help end human trafficking, Bill Bauer was our cycling coach and mentor.

Bill helped us with our training and planning, and in the process became a close friend and supporter of C4C. Bill’s knowledge, insights and support were invaluable to us and we will forever feel a debt of gratitude for what he did for us.

For those who did not know Bill, he was loved in the Long Island cycling community. He touched many lives and was highly regarded for his cycling accomplishments, wining more than 1,000 medals and trophies from competitions, and cycling more than 500,000 miles in his lifetime before passing away from cancer on August 21, 2016 at the age of 73.

Before he passed, Bill left explicit instructions not to hold a funeral. He did not request a Memorial Bike Ride, but something tells us that he’d be glad to know that we are holding a bike ride in his honor, in his hometown of Bayville, NY, on some of his favorite backroads.

Join us as we honor Bill and enjoy a morning of being active and doing good together!

ABOUT CYCLING FOR CHANGE (C4C)

C4C was founded by Santhosh Paulus, M.D. to support programs that provide tools, resources, and education to survivors and others at-risk for human trafficking. In 2015, the C4C Team bicycled 3,400 miles from Seattle, WA to Long Island, NY and along the way raised more than $45,000 to help end human trafficking.

One hundred percent of the net proceeds raised from this 2nd Annual Bill Bauer Memorial Bike-A-Thon will be allocated to programs that help address the core causes of human trafficking – programs that educate those at-risk and give them the skills they need to hold jobs and support their families, and programs that help survivors to recover and live productive lives.

We look forward to making a difference with you on October 7, 2017! Sign up and spread the word with #IHateTraffick