Power your project, event, workshop, or fundraiser with Fortua.

We help you promote and crowdfund healthy, active, and eco-friendly activities and causes in your community!

Start a CampaignSee Our Campaigns


Called one of “Today’s 3 Most Inspiring Innovations” by Springwise!

Fortua is a powerful new way to organize, fund, and promote activities and causes that your friends and your community will enjoy participating in!

Here are a few of the ways you can use Fortua.


Hold a Workshop
Hold a workshop on a topic you enjoy! Pre-sell spots to your workshop and then hold your workshop for everyone who signed up!

Host a Talk
Bring someone interesting to your community to do a talk. Pre-sell tickets to the talk along with other perks (e.g. autographs) to cover the event costs and then hold the talk!

Host a Farm-to-Table Dinner
Pre-sell tickets to fund the dinner and engage volunteers and vendors to help put it on!

Fund a New Gym
Pre-sell memberships, 10 pass punch cards, and other perks to the gym to get the funding you need up front to build the gym!

Hold a Pop-up Class
Eliminate your risk and generate lots of buzz by pre-selling spots to your class to make it happen! You can even set a minimum number of sign ups required to hold the class!

Create a Community Garden
Pre-sell shares to the garden and use funds raised to purchase supplies and equipment for a vibrant garden in your community!

Fundraise for a Cause
Rally your family and friends to raise funds and awareness for an important cause!

Start an Event or Race
Pre-sell entries, secure volunteers, and engage sponsors to fund it and make it happen!

Create a Film
Fund the creation of a film or photo documentary by pre-selling access, recognition, or other perks related to your work!

Fund an Adventure
Fund your adventure or expedition by pre-selling special access, recognition, used expedition gear, memorabilia, or other perks related to your endeavor!

Pre-sell New Gear
Pre-sell new gear, tech, or apparel that you've created and get the funds you need to make it and ship it to your customers!

Protect Land
Engage your local community to purchase and protect land and create trails on it for all to enjoy!


No need for a loan. No need for a grant. No need for investors. Instead, fund your project, event, or cause by offering access and special benefits to people who want to participate in making it happen!

Explore our campaigns by selecting a category or badge below!

A campaign by Sustainable Trails Coalition

A campaign by Sustainable Trails Coalition 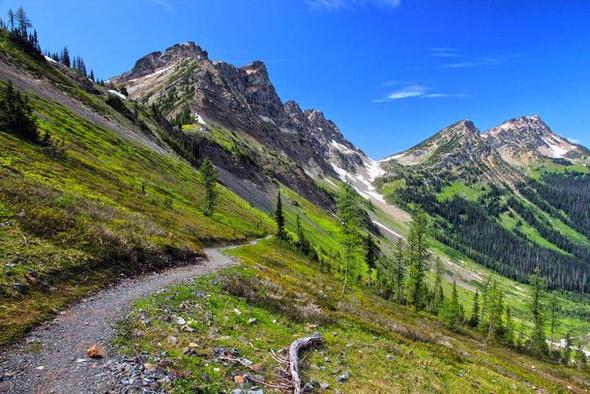